We Appreciate That We Are a Bridge Between Life and Material Sciences, Says New Leader of the Research Group Vojtěch Adam

Professor Vojtěch Adam became the new leader of the Smart Nanodevices research group at CEITEC BUT in September. The head of the Institute of Chemistry and Biochemistry of Mendel University in Brno and the holder of the prestigious ERC grant plans to maintain the existing multidisciplinarity of the group and support the use of materials science in solving biological, biochemical and chemical problems. In addition, he wants to address funding and the current bureaucratic burden on researchers. 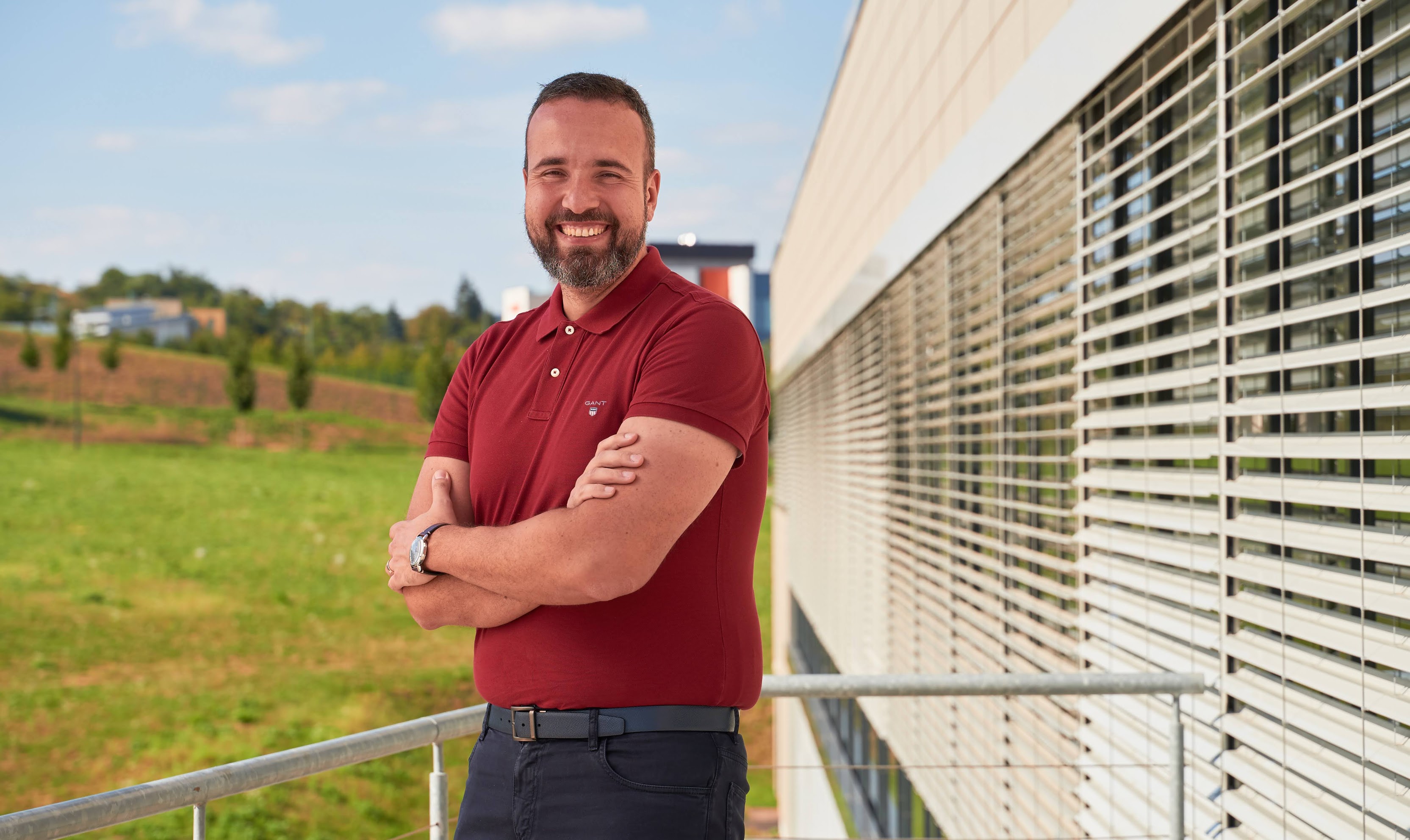 According to Vojtěch Adam, the new leader of the Smart Nanodevices research group, the team has been conceived as multidisciplinary since its inception. “We are surprised that basically everything we dreamed of founding the group eleven years ago was achieved,” he says in the introduction.

In the spirit of current trends, the group connects experts from various fields and thus looks at research questions with a completely new and unique perspective. “We apply materials science in solving biological, biochemical and chemical problems. In the beginning, it was a hard blow of two realities, which did not bring what we expected, but over the years we have harmonized. We have influenced each other to a large extent and now we enjoy our work even more than at the beginning,“ notes Adam, adding that thanks to this they often find completely new and unexpected answers to research questions. “We are able to cooperate, we internally create smaller groups where various areas are represented, from materials science to biology. In addition, we are merging two workplaces from two universities, we are a bridge between the living and non-living sciences, which we greatly appreciate. We have managed to create a center that attracts other scientists, and which is a background for new opportunities for cooperation. Worlds that would otherwise never meet come together here, and I really enjoy that,” says Adam.

Currently, the Smart Nanodevices research group is divided into five smaller teams that deal with a range of issues from medicine to the environment to nanofertilizers. “But we all try to use modern materials,” adds Vojtěch Adam.

From the position of the new leader, Vojtěch Adam plans to integrate the whole group even more. “I will have an interview with each member of the group in a month. We will talk about how they see their future, and where are our ideas meet. We gave ourselves time till the end of the year for possible changes to avoid forcible merging or hasty termination of cooperation,” says Adam, adding that it remains the group´s long-term vision to build a strong expertise in advanced methods and materials in biological chemistry.

In the future, Vojtěch Adam also plans to maintain a large involvement of students in the work of the research group. “We have many skilled postgraduate students who are reaping success, for example in the field of nanomedicine or chemistry. We care about the development of young talented scientists and I’m glad that they are doing so well,” says Adam.

One of his goals is to keep the day-to-day operational things separate from science. “My role is, among other things, to keep passion and enthusiasm in the group. People have to enjoy their work. I don’t think scientists should deal with money, buying toners or paperwork. We are therefore trying to relieve them of the bureaucracy,” he explains, adding that this would not be possible without the great support of other team members. “We have an excellent team of people who deal with finance, project management, administration, but also maintenance. Everyone has a role and every role is important,” concludes Vojtěch Adam.