Scientists use the stratosphere to find food for astronauts

Up to the very edge of space, scientists from the Department of Chemistry and Biochemistry of Mendel University in Brno tested microalgae and bacteria. They will use their research, for example, in the space industry. Thanks to the tests just performed, they will, among other things, monitor how extreme conditions will affect the viability of microalgae and their reproduction. At the beginning of October, they sent two balloons filled with helium into the stratosphere in Partizánské, Slovakia. The data will now be processed for several weeks.

“Conditions in the stratosphere are close to what we know in outer space. In particular, there is a high level of ultraviolet radiation and cosmic radiation, so it is interesting to get some living organisms or materials there and study how it will affect them,” says Libor Lenža from the Department of Chemistry and Biochemistry, Faculty of AgriSciences MENDELU.

Up to a height of 35 kilometers, about three times higher than where the planes fly, the scientists sent two balloons. On Earth, they are just over two meters in diameter. In the stratosphere, where the pressure is minimal, then about 15 meters. Both flights took place on the day exactly eleven years since the premiere, which was followed by another forty successful take-offs. Their scientific sophistication and technical level increase with each new mission.

“We have made significant progress in operating the probe, although minor errors still need to be fixed. The balloons are partially steerable. For one of the flights, we had prepared an additional parachute test, which can affect the landing site. In the end, we didn’t need it, because everything was running like clockwork. In the past, we were looking for landing modules in the east of Slovakia, depending on the direction and speed of the winds,” said Lenža.

The balloon will gain height in an hour and a half, so in extreme conditions it will stay for about an hour. After landing, the patrol picks it up, hands the samples to the lab, and the scientists can begin evaluating them. They already have complete data from both probes available today. “On the first flight we took 120,000 samples from the periphery, on the second flight 150,000, which is a great success. For example, we have data on the intensity of ultraviolet radiation during the entire flight, records of temperatures, position and other physical or technical data,” says the scientist. The absolute predominance of the samples returned to Earth intact and were transported to the laboratories for individual analyzes. 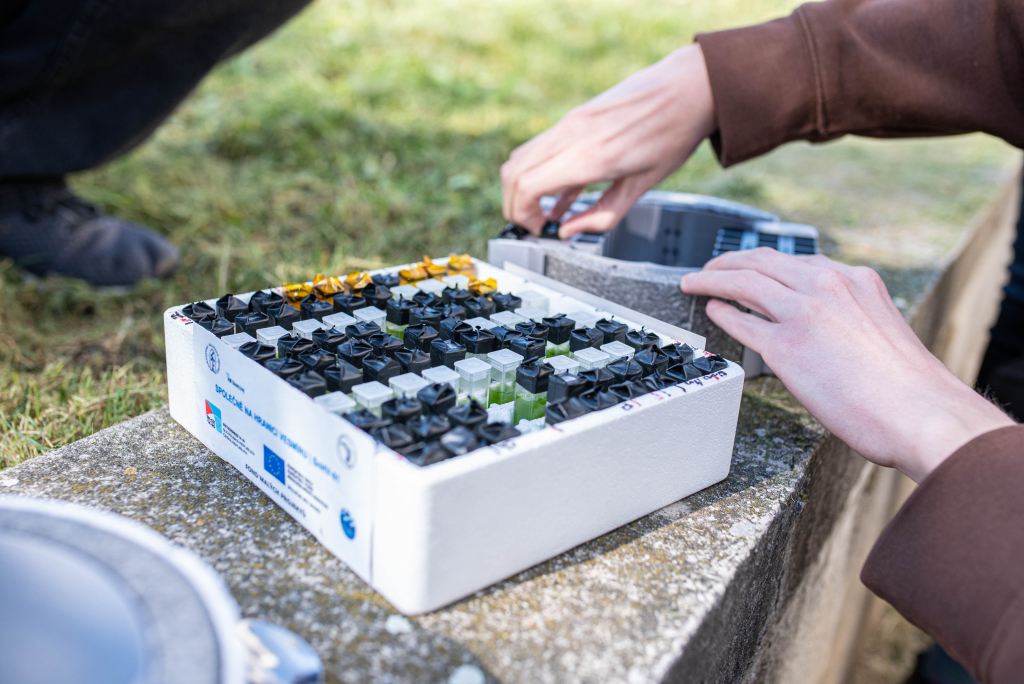 “We had several sets of experiments. One looked at how extreme conditions would affect the viability of microalgae and their reproduction. Another tested the extent to which manganese nanoparticles are able to protect algae from stress. We also had experiments on the effects of cosmic rays on bacteria, or those that examined the ability of UV radiation to generate specific nanoparticles,” concludes Lenža. Each of the four modules measured approximately 22 centimeters, all printed on a 3D printer.

According to Lenža, microalgae are the future of the space industry. Scientists are analyzing their potential use as a diet for astronauts in orbit and on long-term missions to other planets. In addition, scientists would like to transfer space knowledge to conventional agriculture and use it to strengthen the resilience of crops. “The Earth can be well explored from the stratosphere, so it’s an interesting method of remote sensing. Therefore, we decided to monitor whether selected metal nanoparticles, which should protect microalgae in space, can also protect crops in the field from drought or disease,” says Lenža, who heads the Space Agri Technologies Laboratory at the Department of Chemistry and Biochemistry, Faculty of AgriSciences.

Ing. Libor Lenža, the Head of the Laboratory of Space Agri Technologies, Faculty of AgriSciences, Mendel University in Brno,